Equal Justice in DUI Cases? It All Depends 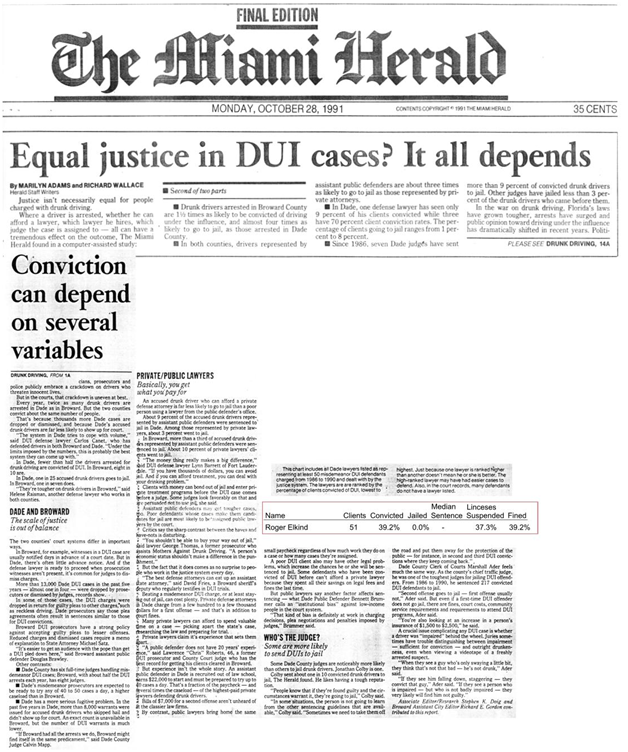 Justice isnt necessarily equal for people charged with drunk driving. Where a driver is arrested, whether he can afford a lawyer, which lawyer he hires, which judge the case is assigned to — all can have a tremendous effect on the outcome. The Miami Herald found in computer-assisted study:

In the war on drunk driving. Florida’s laws have grown tougher, arrests have surged and public opinion toward driving under the influence has dramatically shifted in the recent years. Politicians…